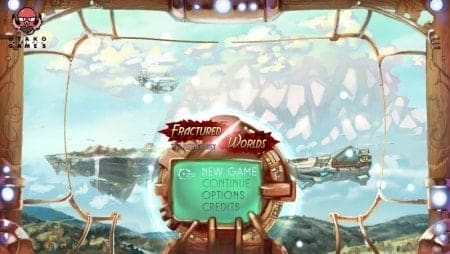 Ihria .. A world unlike any other. And now that world has changed forever ... A power both ancient and new stirs within you. It's ability to reshape the world chilling you to the core. Take on the role of Victor Khalder a young man finding his way in the world who's sudden discovery thrusts him into a desperate situation. The arrival of an unknown army possessing unbelievable technology and the awakening of age old gods from slumber plunges the world into chaos! As all but unnoticed some unseen hand directs the soulless armies of the Chosen against the divided strongholds of humanity. Weak from constant corruption and war. You must wield your power, Journey through the lost places and dangerous streets of Ihria, Rally your allies .. And stand firm in the face of an enemy that has manipulated history itself! Together with your comrades you must discover the truth and unite the last world. Before it is too late!

- Work around for a bug that causes Lepidia's Contract item to disappear. Once Lepidia is contracted you can find her blessing item in a chest in the Lodestone Inn that you can reset however many times you want.
- New approach to character art in combat. It still lags a bit the first time you load a characters art in a session but overall lag times should be significantly reduced.
- Some new character conversations in chapter 1 .. Mostly revolving around the H-scenes.
- Reworked Quest log to be more descriptive. And added another quest to provide additional instructions at a particular phase of the game.

Comments 7
Add comment
Information
Users of Guests are not allowed to comment this publication.
Best games
Milfy City - Version 0.6e
A young student finds himself in the school therapist office, after a humiliating moment with...
Freeloading Family - Version 0.29 + compressed
Freeloading Family is a adult 3D game about a man living alone with his step-sister while...
Dreams of Desire: The Lost Memories
A side-story starring Tracy that details the events of the main game from her perspective....
F.I.L.F. - Version 0.13.2 BETA + compressed
You the main character come home from a long time away. Greeted by your mom and sister you...
Acting Lessons - Version 1.0.2 Extras + compressed
The story centers around you, a middle-aged man with a background in cryptocurrency trading,...
View of Family - Version 0.1.4
"View of family" is a pov, rpg game with some kind of open world... in perspective....
Latest comics
The Poker Game 3 - Full House
Lexi is looking for answers to why she ended up fucking Herbie’s friends during the last 2...
The Cummoner - Chapter 1 - 22
Comic series about the magical and erotic adventures of young sorceress Vilga and her various...
This Romantic World
Comic takes place in a reality where the movement of free love never ended. Sex is now casual...
S.EXpedition
Really long comics about space adventures, crazy sex with monster girls and even some plot...
The Rock Cocks
Are you ready to rock… with your cocks?!...
Completed games
Hack'n Stalk 2.0 - Version 1.0
...
Xmas Bonus - Version 1.0
...
Ecchi Sensei - Valentine Special
...
My Legacy - Version 1.0 + Walkthrough
...
Cosplay Alien - Completed
...
My Girlfriend’s Amnesia - Completed
The game places you in a situation where your girlfriend suffered a car accident and now...
© 2017-2020 AduGames.COM | Download adult games for FREE!