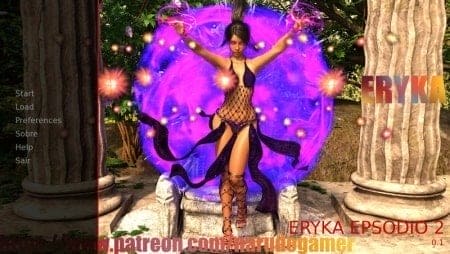 About game
This story begins when Eryka finds out that her father has passed away and that her younger sisters are alone. She decides to leave her studies and her life in England to live with her sisters, which she did not expect, and that her father had made many debts and that he had lost everything including the house where he lived. With the little money she had, she had to rent a house for herself and her sisters, but over the months she was unable to pay the rent. with that, the owner of the house started to abuse it, but even so. In one god day, she will discover an unusual place, where her life will change dramatically
Changelog
-
Download links
Warning! You are not allowed to view this text.

Comments 0
Information
Users of Guests are not allowed to comment this publication.
Best games
Good Girl Gone Bad - Version 1.2 (Nat DLC)
You play Ashley and make choices that will affect her story in a meaningful way. Are you a...
The Last Barbarian - Version 0.9.26
Third-person action role-playing game. You are encouraged by the game to proceed with caution,...
Glamour - Version 0.54.1
Main character (a guy or a girl, your choice) from a small town turns 18 and it's time to go...
WVM - Season 2 - Ch1 Ep3
After a rough start to your life, you're finally ready to head off to college. As the top high...
BangCity - Version 0.13a
BangCity is a rundown place ruled by gangsters and corrupt politicians! The hero of this game...
Melody - Version 1.00 Extras
You play a session musician who has had a busy lifestyle, having worked in various cities and...
Latest comics
This Romantic World
Comic takes place in a reality where the movement of free love never ended. Sex is now casual...
The Avengers
Female members of The Avengers attempt to defeat Thanos, but it's hard to fuck someone into...
The Wayfare Horror
A story of lesbian incest and horror. Welcome to the Wayfare!...
John North collection
John North porn comics and pinup collection....
Our New Best Friend
A kinky transfer student is welcomed to her new school by a trio of dykes....
Completed games
Main Seduction - Version 1.0 Final
...
A Wife And Mother Fan Game
it's a nice fan-made of "A Wife and Mother" minigame......
In the Hamlet of Loli Bigtits - RJ189145
...
The Hunter - Version 1.0 Fixed
You're playing as Kaya, a girl living in a women-only village who'll get to learn how to...
The Artifact Part 3 - Completed
...
Jennifer - Completed
...
© 2017-2022 AduGames.COM | Download adult games for FREE!