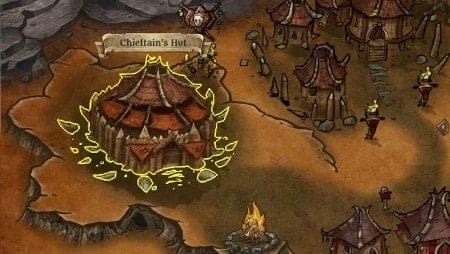 The game's combat system will have dozens of different types of units that all have their own special combat abilities. I exported more than 200,000 images for all of the creatures and their animations and am working through getting them all integrated into the game. The game has quite a few integrated and playable units types already, but, this will continue to be expanded on and each new unit added will make the combat system more interesting. There's also a loot system in the game with hundreds of pieces of equipment (already added) that will modify the Player's stats. These can be found randomly from combat encounters or purchased from in-game stores using in-game currency.

The game has some RPG elements in the story and the adult aspects are handled primarily through renders and dialogue. There are quite a few scenarios and dozens of renders already in the game in it's current state, but this will continue to get expanded upon.
Changelog
Combat Fixes:
Cursor occasionally disappearing in combat should be fixed.
Fixed enemy AI turn resolution if it had no valid path such as if ally was completely surrounded.
Mouse cursor should be more responsive in combat.
Fixed issue with double attacking ranged creatures turns resolving incorrectly in melee range.
Fixed issue of ally occasionally attacking the wrong target.
Eliminated issue of enemy cell path highlight fade interfering with Ally available movement cell highlighting.
Ally cells within movement radius will also get pathfinding calcs now to ensure that cells that are not reachable are not shown as movable.
Eliminated issue where previous ally attack position logic could carry over to next ally with turn.
Fixed combat issue where an enemy would sometimes not be attackable. (I think!)
Hotkey for Wait added = 'W'
Hotkey for Defend added = 'Spacebar'
Adventure Map Fixes and Changes:
Fixed decide later option for mineral mines and others.
Optimized map movement and eliminated lag / stutter on moving, picking up loot, etc.
On reloading the scene, if the Player is standing within the aggro range of an undefeated enemy, they will be auto moved to the position that they approached that enemy from outside of the enemy's aggro range. - This prevents the player from getting stuck in a fight that they don't want and also eliminates a scum-save exploit to bypass certain enemies.
On reloading, if the player is standing on loot, such as next to a defeated enemy, the loot will be autolooted so the player won't have to leave cell and go back to get it.
On capturing strategic resources, such as the Lumbermills, they will be captured automatically upon reloading after successful combat so the player does not need to manually interact with them again.
Eliminated issue of player sometimes not entering combat when entering creature aggro radius.
The Weredragon artifact should be automatically found after defeating him.
Creature tooltips changed to approximate creature count (HOMM style).
General Game Fixes and Changes:
I did some major game optimizations which reduced the game's unpacked size from 2.25GB to 489mb, a 78% reduction! This was primarily the result of spending some painstaking hours optimizing pretty much every texture in the game, but, I think the results were worth it. The game should have better performance overall and take less CPU and GPU to run.
Added tutorials to the game that are accessible from the in-game menu. - This should help players figure out how different aspects of the game work and potentially clue them in to features that they may not have known existed.
Added some logic to prevent various pop-up windows from interfering with each other. The pop-ups, such as level up, notifications, and dialogue events should now be better about watching and waiting for other windows to finish what they're doing before they activate.
The Yunkuthu and the Amazon renders should now show up for viewing in the remember exploits viewer after the encounters have been completed.
Fixed the brothel so that it would correctly keep the brothel worker available for hire upon game reload.
Fixed some issues with the Thieves Guild purchasing and correctly reloading available to purchase artifact.
Eliminated Demeterium requirement for building the Brothel so it can be built early in the game for better balancing.
Reduced Demeterium requirement for building the Thieves Guild.
Made capturing the strategic resources in the south more challenging because the armies are no longer fixed sizes but with auto-scale with randomized unit composition in some proportion to the Player's army strength. - How strong these armies are relative to the Player will depend on the game's difficulty settings. - The result should be that there are more challenging and epic fights at the end of the game when the Player has a huge army rather than the Player just rolling over everything.
Download links
Warning! You are not allowed to view this text.

Comments 0
Information
Users of Guests are not allowed to comment this publication.
Best games
The Secret Reloaded - Version 0.4.9.2a
Moving means troubles, worries and lots of wasted money and nerves. But not with Mary. When my...
SuperPowered - Version 0.45.02 + compressed
In the game, you play as Billy, a young man still living with his mom. At the very beginning...
Manila Shaw: Blackmail's Obsession - Version 0.35
The protagonist of my game is Manila Shaw, a policewoman who is respectful of the rules and...
Inside Jennifer - Season 1 - Episode 5
Jennifer is a 24-year old girl living in New York with her fiance Mark. They just moved into a...
Summer with Mia 2 - Episode 8
You the protagonist, are an 18 year old that is about to finish highschool. You live with your...
Big Brother - Version 0.13.0.007 (Cracked+Mod) (FREE)
Main character - Max, young guy who is living in poor family with mother and two sisters....
Latest comics
This Romantic World
Comic takes place in a reality where the movement of free love never ended. Sex is now casual...
The Avengers
Female members of The Avengers attempt to defeat Thanos, but it's hard to fuck someone into...
The Wayfare Horror
A story of lesbian incest and horror. Welcome to the Wayfare!...
John North collection
John North porn comics and pinup collection....
Our New Best Friend
A kinky transfer student is welcomed to her new school by a trio of dykes....
Completed games
Happy Quest
Happy Quest is a casual match-3 game. You are a kind hunter in the town. Your quest is help...
Dating my Daughter - Version 0.21.5 Extras
You’ll assume the role of a divorced father who hasn’t seen his daughter in years. Now that...
The case of wife Yukiho (reupload)
A university student protagonist Yuu has a crush on a wife named Yukiho living in the same...
Slave Lords Of The Galaxy - Version 1.0.1
At the moment I'm working on a yet-to-be-named erotic trainer game set to a Sci-fi space romp...
KAME PARADISE
...
The Girl Next Door
...
© 2017-2022 AduGames.COM | Download adult games for FREE!