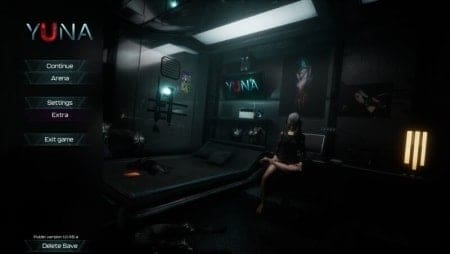 Yuna is a Side-Scroller Action RPG with a focus on gameplay and dynamic action.

Returned – Body customization.
More options for customization. (above all: public hair and the huge 0 breasts size)
(Customization affects only H-Scene model, as it's new and not implemented for battle action, for now)

Reworked Mantis blade attack (Now cleaves, can kill up to 3 enemies with one hit)

Simbs now react to hits
Retriary charge can be interrupted with a shotgun.

And some other things that I may have forgotten.