The game is an sandbox(ish) game in which u play with May. A student in an unnamed city. Overall idea is to create a slow corruption type of game. A day in game consists of 4 sections: Morning, Afternoon, Evening, Night. There is about 2 weeks game play in current release depending on your how you play. This game has been inspired by Valentina Story. Which gave me the inspiration in using Illusion’s SBPR for the pictures in combination with RPGmaker Ace.

New/added:
- Version 1.2 now contains around 2286 CG. (1.1 had around 2078).
- Added several new mini events that can be seen when May is watching TV during the evening wearing the 3rd outfit. (New CG:30)
The are 4 events (2 with Blake and 2 with Jack.) There's also a 2nd variant of 2nd events when certain conditions are met.
- Elder neighbor event has been reworked and expanded. It can now be repeated. It now contains 3 stages:
1) an Introduction stage based on previous event with added content.
2) Reworked/expanded version of the event that was added in the last version.
3) A new stage after completing stage2 (Combined New CG:44)
- Added several mini events after the 5th photo shoot at the beach.(New CG: 7)
To be able to see these mini event will require you to replay the 5h modeling from the start.
- Added the 6th modeling event. (New CG:48)
- Added a small exhibitionist event that triggers after the 3rd stage of the exhibitionist contest has been completed (New CG:12)
- Added 3rd stage of science teacher events. (New CG:16 including the CG used for the animation)
- Added 4rd stage of science teacher events. (New CG:19 including the CG used for the animation)
- Expanded mini event at the store at beach for the 3rd outfit.
- Added two small events with the neighbor outside in the morning. Can be triggered after stage1 of the community services event. (New CG:7)
- May's lust May will now increase slightly during the night depending on her corruption level.
(This was something that someone had suggested a long time ago and I finally got around to implement it.)
- Added 2nd stage of job at the strip club with 2 mini events so far. (New CG:16)

-Bug fixes:
-Fixed: Bug that left players stuck inside the library during the library job when the 2nd outfit became available.
-Fixed: Having to pressing D twice to temporally remove the overlay picture. Pressing D once should now be enough.
-Fixed: May's exhibitionism is now raised correctly when she masturbates outside on the balcony if the cap for this event hasn't been reached yet.
-Fixed: Can now buy stuff at the beach store even when May has "lost" her panties.
-Fixed: Saying no at the start of the 2nd science teaching even should now work as intended.
-Fixed: One of the CG displayed during the first modeling event had the wrong resolution. 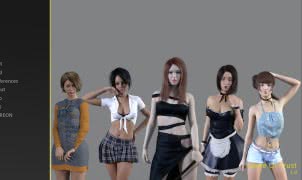 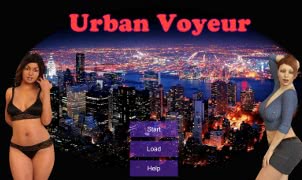 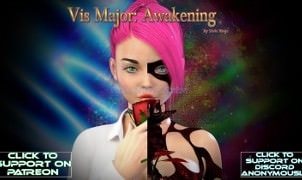