Due to unknown reasons, the protagonist has to take remedial lessons even though he passed all his classes. Interesting events begin to unfold as he starts his first day of school.

Changelog
Codebase rewrites - The 0.1 version of the game was a learning experience for me in so many areas. The way it was coded was simply unsustainable for future releases, and as I learned new methods and techniques, it became necessary for an overhaul. As such, most of the code was rewritten to support some level of modularity, so that future updates can be added much more simply than before. I imagine this will continue for future releases as well, though not to the extent it was necessary for this update.
Nighttime added - Many ideas I had (and have) require a clear distinction between evening and night times. Therefore, I have added the fourth time slot - night - to the game. Areas have been updated with night locations as well.
Two new areas - Two new areas to explore!
Two new characters - Though the town seems small at the moment, it is expanding. As it does, new characters are added to fulfill different roles. You'll meet two new characters in this update.
Revamped Phone - The phone has been almost completely revamped, to make it nicer aesthetically, and to support modularity. This includes the To-Do list, Gallery, and Contacts screens. Lots of little changes, as well.
Backpack added - A backpack has been added, so that you can store items you'll need to use later on. At the moment the implementation is basic, but expect that to change when it gets more use.
Progress bar added - A progress bar has been added to the phone's home screen, so that you can see how many scenes you have completed so far.
Money added - Money can be exchanged for goods and services. At the moment, just goods.
Computer disabled - At the moment, the computer doesn't yet serve a purpose. It has been disabled until it can be updated to support modularity, hopefully for the next update.
...and much more - Many small things (UI changes, etc.) that don't require a bullet point.
Download links
Warning! You are not allowed to view this text. 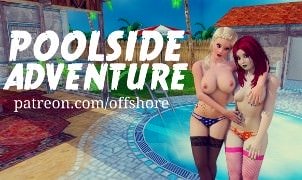