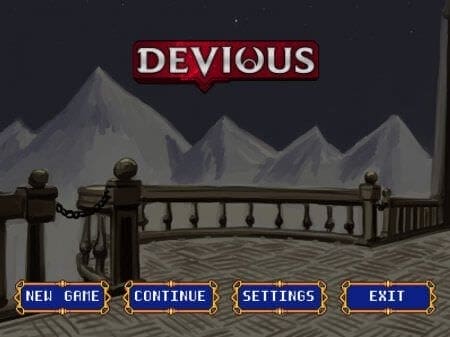 Long ago, the world was united under the single kingdom of Nor - a grandiose regime that stretched to every corner of the land and sea. Legend says a single king ruled over the kingdom for many years, appointed by the Gods. But as the kingdom flourished, its size grew to its own detriment, and clashes between regions began to spur, and faith in the King began to wane. Fearful that he may lose his power, the King grew violent in his reign, and the people of Nor felt his wrath. But four heroes - The "Arbiters" appointed by the Gods - emerged to end the so-called Age of Blood. The soul of the king was split in four, and according to tradition each quarter of his soul spawned a nation. The Arbiters faded, but some say in times of great distress, the council of each Nation will appoint an Arbiter to take a pilgrimage, and hear the words of the Gods.

In a world on the brink of war thanks to the political and religious tensions between the four Nations, the Arbiters are summoned once more to deal with the growing international chaos; However, the Arbiter's return seems abrupt, and vastly different compared to the legend. Not only does there seem to outside forces influencing their every act, but even from the inside, they cannot decide on their true purpose.

Comments 0
Information
Users of Guests are not allowed to comment this publication.
Best games
Innocent Witches - Version 0.10 alpha
Amazing and at the same time, a strange story was told to me by an old acquaintance by...
BangCity - Version 0.13a
BangCity is a rundown place ruled by gangsters and corrupt politicians! The hero of this game...
Lancaster Boarding House - Final
The game places you in a Boarding House somewhere in the US along with other young adults and...
Man Of The House - Version 1.0.2c Extra
In this game you will play as a young adult, who is living together with his attractive...
Freeloading Family - Version 0.30 GU + compressed
Freeloading Family is a adult 3D game about a man living alone with his step-sister while...
Big Brother - Version 0.13.0.007 (Cracked+Mod) (FREE)
Main character - Max, young guy who is living in poor family with mother and two sisters....
Latest comics
This Romantic World
Comic takes place in a reality where the movement of free love never ended. Sex is now casual...
The Avengers
Female members of The Avengers attempt to defeat Thanos, but it's hard to fuck someone into...
The Wayfare Horror
A story of lesbian incest and horror. Welcome to the Wayfare!...
John North collection
John North porn comics and pinup collection....
Our New Best Friend
A kinky transfer student is welcomed to her new school by a trio of dykes....
Completed games
Mirror
...
GRAY - Version 1.0 Final
...
Sex Apocalypse 3D
A heart-pumping fusion of zombie shooter and adult game! A sudden pandemic has turned the...
Let It Go
Lucy has just competed in another snowboarding event and wants to ride the hype train to bump...
Harem Island - Version 1.0a
You're crashing on an island, you were a lot to survive but it seems this island is unknown...
Family Revenge
So, for the last almost two weeks, was working on a game with the code name "Family...
© 2017-2022 AduGames.COM | Download adult games for FREE!