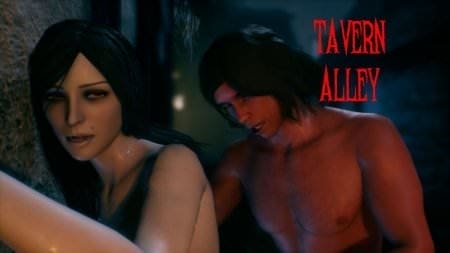 Kalyskah is an ancient vampire who has for centuries transmitted her arcane knowledge to a coven of very powerful witches, in order to form a group to maintain the balance between the elements. But their days of peace perished when Amara, the necromancer, for no apparent reason used the power of the Vicious Seed to curse the beautiful Evelyn, a witch who controls the element of earth. This transgression resulted in the expulsion of Amara, which in an impetus hate allied with an enemy whose name had been forgotten for centuries. Said enemy is Laver, Kalyskah’s brother in blood. He prepared a trap in the woods to catch the mages as they went on a journey to fix the only cauldron strong enough to withstand the power of the spell that would heal Evelyn.

Controls:
-WASD to move the camera on freemode
-Left mouse click o push the action button(Kiss)
-Hold right mouse button to make Kaly less pale (she will became pale with time)
-Numpad + and -  to change the sweatness amount
-if you Hold the spacebar you will go to manual mode, where you can control Kalyskah's hand.
-You can press 2,3,4,5,6 and 7 to change cameras or 1 to go back to free camera mode.
For now the only way to close the game is by pressing Alt + F4