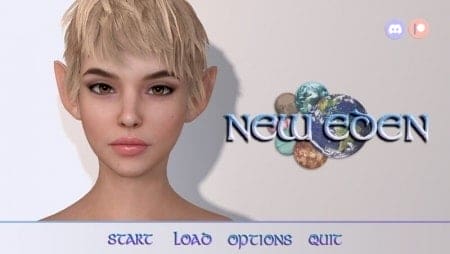 In this game, you play as a character who is returning to his hometown in a world that is undergoing changes due to a phenomenon called "New Eden". This phenomenon was responsible for the fusion of the planet Elvenheim with the fictional Earth of the game, and caused the forced coexistence between several new races. The main character's focus is to help integrate Elvenheim's dominant race, the Elves, into the modern world using an apartment complex that was left behind by his family.

Changelog
New events.
New characters.
New locations.
Added a questlog, with some extra information.
Bug fixes and a few other things.
Download links
Warning! You are not allowed to view this text.

Comments 1
Add comment
Information
Users of Guests are not allowed to comment this publication.
Best games
Glamour - Version 0.50
Main character (a guy or a girl, your choice) from a small town turns 18 and it's time to go...
Research into Corruption - Version 0.6.5 Fixed
This is a Modded RPG Maker Game to simulate a type of Visual Novel Exploration Corruption...
My Cute Roommate - Version 1.6.1 Extra
Finally came the day where our protagonist graduated from high-school. Now it's time for him...
House Party - Version 1.0.0 (x64)
The House Party game is similar to a lot of the browser-based games where your choices...
Dating my Daughter - Version 0.21.5 Extras
You’ll assume the role of a divorced father who hasn’t seen his daughter in years. Now that...
Big Brother - Version 0.13.0.007 (Cracked+Mod) (FREE)
Main character - Max, young guy who is living in poor family with mother and two sisters....
Latest comics
This Romantic World
Comic takes place in a reality where the movement of free love never ended. Sex is now casual...
The Avengers
Female members of The Avengers attempt to defeat Thanos, but it's hard to fuck someone into...
The Wayfare Horror
A story of lesbian incest and horror. Welcome to the Wayfare!...
John North collection
John North porn comics and pinup collection....
Our New Best Friend
A kinky transfer student is welcomed to her new school by a trio of dykes....
Completed games
Gates: The Opening - Version 1.0
...
A Petal Among Thorns
A Petal Among Thorns poses the question of whether you can indulge in the forbidden fruit...
Play with Us! - Episode 1-2
I've always wanted to do a game in the style of Hizashi no Naka no Riaru, except with a focus...
Treasure of Nadia - Version 1.0112
Treasure of Nadia is the followup to Lust Epidemic. In Treasure of Nadia you take control of a...
Otaku's Fantasy - Completed
...
Terminus Reach: Sentinel
TRS is a story about psionic named Garrett, former assassin pushed into a new role in which he...
© 2017-2022 AduGames.COM | Download adult games for FREE!