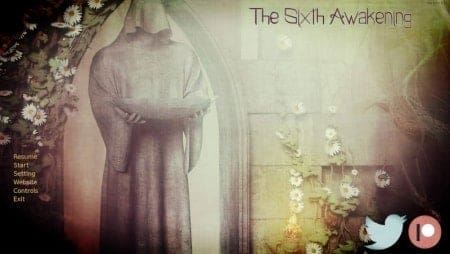 Pick up the sword, bow or magic and fight or seduce your way to victory. The Awakenings are a well-known and unfortunate truth to the people of Cortiana and the surrounding kingdoms. The devastation these recurring historical events caused have been felt for centuries now, the lands that the Awakenings occur on never truly recovering before the next one starts. But they are now a thing of the past. There have been nearly 250 gloriously peaceful years since Irain, hero of the fifth and final Awakening, ended the evil for good. The cycle of heroes rising up to stop an Awakening only for them to mysteriously come back to life to lead the next Awakening themselves had been broken. Or at least that was what was once thought. Rumours from the west suggest that Irain, still celebrated as the heroic figure of legend that stopped the Awakenings for good, has been spotted once more. And so the broken cycle continues. You, chosen by either dumb luck or divine fate, must lead the charge if a new Awakening is truly coming. Answers must be found. Answers to questions that are best left forgotten. Are the Awakenings the Designer's will and his way to fulfill his promise of wiping out all life so he can start anew with his creation, as some have started to believe? And is there truly no way to prevent the hero of each Awakening - including yourself - from one day returning at the head of what they once swore to stop?

Changelog
- Added new main story content counting over 5400 words
- Added command centre interface
- Added 10 command centre missions counting over 4800 words
- Changed how the NPC selector screen works because the old way was causing problems. Which is why, as the next point suggests, it is highly advised to create a new save file as soon as possible
- It is recommended to start a new save file for this version. But if you really want to continue on your old one (which I would not advise doing for long) and the game crashes on loading the game, rollback a few times and see if that fixes the crash
Download links
You can download games from keep2share, fboom or uploaded using links below. If you want to use MEGA, Google drive or Workupload, you need to be in AduGames friends user group. About this read in FAQ here https://adugames.com/faq.html

Comments 0
Add comment
Information
Users of Guests are not allowed to comment this publication.
Best games
City of Broken Dreamers - Version 0.7.0 + compressed
Los Angeles, 2042. A city ruled by corporations. A city ruled by the elite. A city that...
Chloe18 - Back To Class - Holiday Update
Finally Chloe is getting back to her Student life, and for that I set a huge Poll for all my...
Dating my Daughter - Version 0.21.5 Extras
You’ll assume the role of a divorced father who hasn’t seen his daughter in years. Now that...
Lancaster Boarding House - Final version
The game places you in a Boarding House somewhere in the US along with other young adults and...
Glassix - Version 0.50.1 + compressed
It's a trainer game as well where you play as a teenager who lives with his step-mom and...
Big Brother - Version 0.13.0.007 (Cracked+Mod) (FREE)
Main character - Max, young guy who is living in poor family with mother and two sisters....
Latest comics
Deserter
Shot parody comics about sex adventures. She-Ra and the Princesses of Power....
S.EXpedition
Really long comics about space adventures, crazy sex with monster girls and even some plot...
Scrawled
My webcomic "Scrawled" has finally begun! I've been working out what I want...
Emotion Sickness
Ongoing porno parody comics about Teen Titans and their sex adventures....
Symbiote Queen - Part 1-3
Sexy parody comics series about Spider-man and Symbiote sex confrontation. Completed part 1-3...
Asschucks - Part 1 and 2
Crazy incest comics from Milftoon. Completed part 1....
Completed games
Mandy's Room
...
Gates: The Opening - Version 1.0
...
Ariane In Paradise - Version 1.03
Ariane in Paradise is modeled after Date Ariane, and basically has two endings. Date Ariane’s...
Cyndy: A Porn Adventure - Introducing Anna DLC
Introducing Anna is an expansion of Cyndy. It brings in a new actor, Anna, 5 new plots with a...
Oakwood Academy of Spells and Sorcery
...
Blind Date 3D BIG BANG - Version 1.0.3
Noah, the main protagonist, is invited to his friend Liam and his wife Olivia's apartment...
© 2017-2020 AduGames.COM | Download adult games for FREE!