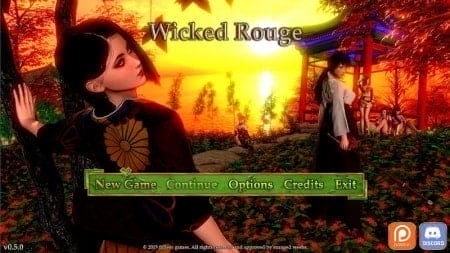 Wicked Rouge is a story-driven brothel management game set in fictional Edo Japan. After many years of your carefree life traveling around the country, you return home only to find out that someone has murdered your father and sent assassins after you. Barely avoiding certain death, you’re forced to take over the family business in one of the most recognized pleasure districts in Hana city. However, you realize that your father’s business was struggling and counting its last days before closing the doors, but with the intervention of the local boss-like figure, you’re given a second chance to keep the building. With barely enough money to survive the coming months and a few courtesans in training, you’ve decided to return «The Red Petal» pleasure house to its former glory.