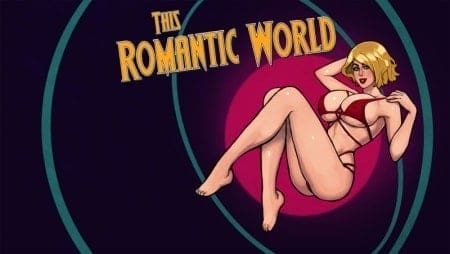 About game
For about a year and a half now, along with my friend and programmer Kaldonis, I’ve been working on a proof of concept demo for a game set in the world of my comics. It’s been a lot of work to squeeze around our respective paying jobs, but it’s also been a ton of fun to put together.

- Overhauled vast majority of the girls character models.- Various Comic Panels reworked with updated graphics, especially those with Isaac in them.- Reworked the GUI.- Added numerous music and sound effects.- Reworked Switch, she now speaks with Isaac frequently when he completes the main girls quest lines divulging the Lore of the Crawlers and the Guardians.- Added the ending.- Fixed (hopefully) errors with Chloe blinking.- Fixed missing Switch side images during conversations (mainly Jane’s quest)- Fixed a missing PNG file for Kristina.- Fixed a soft lock bug where completing two girls on the same day triggered some old code (this has been removed now) making it impossible for the player to complete the game- Fixed an issue that caused a soft lock when you angered Chloe at the beginning of the game – she would stay mad at you forever, never allowing you into her bedroom. Once you find Casey and Bria in the shower, she should forgive you and allow you back into her inner sanctum.- Fixed an issue where completing 8 out the 9 main girls would trigger a new cutscene but Switch would say there was two more girls to go still (sorry but still only 9 main girls).- Fixed a continuity error, where Raina’s questline would trigger a scripted event when you returned home. Even if Chloe was mad at you.- Fixed an allowing a player to endlessly play back Switch’s last conversation with Isaac when exiting Elianna’s dream.

Comments 2
Information
Users of Guests are not allowed to comment this publication.
Best games
House Party - Version 1.0.7 Doja Cat Xmas
The House Party game is similar to a lot of the browser-based games where your choices...
Good Girl Gone Bad - Version 1.2 (Nat DLC)
You play Ashley and make choices that will affect her story in a meaningful way. Are you a...
F.I.L.F. - Version 0.17a Beta
You the main character come home from a long time away. Greeted by your mom and sister you...
Thirsty for My Guest - Season 3 (Episodes 24)
When you met Vicki all those years ago, you had great fun together. She already had a young...
Melody - Version 1.00 Extras
You play a session musician who has had a busy lifestyle, having worked in various cities and...
Fashion Business - Episode 2.2 - Version 3 + compressed
This Game is about Monica. Monica is a "Rich B*tch". Monica is the Boss. Most of all...
Latest comics
This Romantic World
Comic takes place in a reality where the movement of free love never ended. Sex is now casual...
The Avengers
Female members of The Avengers attempt to defeat Thanos, but it's hard to fuck someone into...
The Wayfare Horror
A story of lesbian incest and horror. Welcome to the Wayfare!...
John North collection
John North porn comics and pinup collection....
Our New Best Friend
A kinky transfer student is welcomed to her new school by a trio of dykes....
Completed games
Alternative Punishment - Version 1.0
As a result of a petty crime, the protagonist of this adult visual novel, is sentenced to...
My Girlfriend's Amnesia DLC - Version 1.0
...
Isis: The Fall - Version 1.01
Amidst centuries-long space conflict between Alliance of Free Planets and Neo-Terran...
Sister Travel
...
Spaced Out + compressed (reupload)
The story is set on a military research space station in Earth's orbit, whose AI goes haywire...
Dreams of Desire - Version 1.0 Definitive Edition Elite Patreon
You play as the middle sibling of a family living together with Mom, an older and a younger...
© 2017-2022 AduGames.COM | Download adult games for FREE!