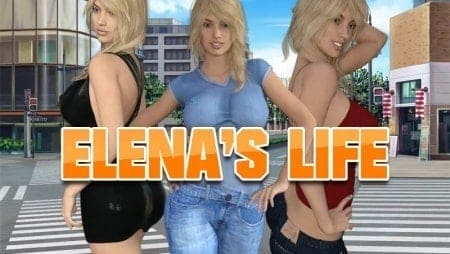 Each version that comes out will include 2 days of Elena's life in the new city. The goal is for you to collect Corruption Points, to make Elena less inhibit. Each version will have a hidden event, that you need to find to unlock and that will lead Elena to some sexy situations. To raise Elena's Corruption you have to pick the correct dialog options.

As you understand, Elena won't become a slut in just a day, so at the starting versions there won't be too much sexual content with strangers, rather than dialogs who reveals the characters and the basic story. However, as the game progresses, Elena will meet all kinds of characters and have sex with almost every one of them (if you choose to). I can promise you that the game will be super hot, with hd pictures and scenes that you will absolutely love!