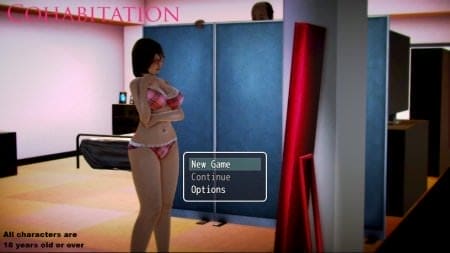 About game
This is a game I've been tinkering with on and off for the past few months. It's a raising / corruption sim with 3D images made using Illusion's HoneySelect. You play as Calvin who now lives with his niece Megan, and the goal is to corrupt her. It's a fairly modest game. While it's technically an RPG Maker MV game it plays nothing like a regular RPG as it is pretty much purely menu based with a point-and-click system.
Right now this is mostly a proof-of-concept. The intro is done, the early morning and breakfast low affection/lewdness events are done, and I have all the systems in place. I'm posting it now to get feedback on the systems and to trick people into bug testing it for me (I'd be grateful if people could test out the two current game overs: getting to Sunday without $300 and raising suspicion to 100). I'm also open to any suggestions, comments, and criticisms. Plus, hopefully discussing the game will motivate me to continue working on it.
Changelog

- Cafe blowjob & store sex scenes. After you've seen the repeatable version of Susan's office sex scene (if you've already seen it you'll have to go through it again to activate a newly added trigger) then the next time you go to visit Susan (via clicking on the 'Door' tag in Calvin & Megan's room during the Noon period) you'll take Susan to the mall and get a choice between one of those two.
- Repeatable version of the above. After you've done the first mall scene then anytime you go to visit Susan at work during the Noon period you'll get the option of having sex in her office or going to the mall with her. 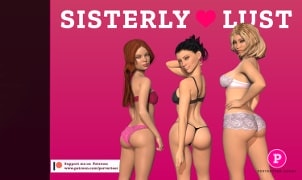