This modding-centered release features an all new NPC editor interface, which will allow players to create their own NPC orcs with their custom dialogue lines. Additionally, a command console was added, which will let you input some cheat codes.
NPC Editor
On the main menu, click on Mods>Character editor.
The NPC (Non Playable Character) editor will show up, displaying the current character profile and their location on their respective scene, on the left section of the interface. The section on the right shows a hierarchical arrangement of the interactive dialogue this character will trigger.

Character Profile View
For a profile, you can import any of the characters previously created and used in-game. The editor will copy their physical characteristics and attire into the new NPC, which will then be saved together with their respective dialogue.
Items can be created or removed for this NPC (besides the ones they came with, if they were imported).
A scene must be specified. By default, the editor uses "World1", which is the internal name of the Outback. By clicking on the scene button, you are taken to a list that will let you choose a different scene.
Likewise, you must input the exact coordinates where your custom NPC appears. In order to know these, the game now comes with a console command that lets you read them while in game as a playable character, as described in the console usage guide below. Make sure your NPC appears on the right spot!

Character Dialogue View
The dialogue view shows each line as nested small windows, where different settings can be made.
Dialogues come in two flavours: Simple and Choice. Simple will mean the line is just text and clicking it away (in game) brings you to the next line, if any exist. Choice means that the line will show both text and an array of choices under it, representing the branching dialogues that derive from it. In game, clicking on their choice brings you to their respective dialogue branch.
Actions can be triggered upon dialogue line entry or exit (when a dialogue line changes to the next, etc). Actions are used to setup custom things that happen during a conversation. For now, you get to trigger an interactive scene (...sex) with your conversational partner.

Use mouse wheel or middle mouse button (pressed) to pan either of the panels into view.
Once you have created your fancy bab, saving will store the file to your local appdata, which you can easily open by clicking on the "Open File Location" voice in the main/mods menu. Feel free to share your creation with the player community!
In order to have your new NPC appearing in game, their file must be enabled under the "Mods Manager" main/mods voice.
Command Console
A no-frills command console will let you do some fancy things, get your character unstuck from some situations, or provide functionality for features that currently lack of a graphical interface. The console can be opened by pressing F1, and the commands are as follows (make sure you type them in the exact case):

dory
Wipes your character's memory entirely, essentially resetting quest progress back to zero, but keeps your items and waypoints. It works best when used on scenes that are not the Outback.

goel
Gives you full quest progress on all main orcs and all waypoints.

refpos
Saves a reference to the coordinates (XYZ) of your character on the scene. Can be pasted into the NPC editor later, as a spawn position.

save
Saves your progress.

rel
Reloads the current scene. Can be used to unstuck the game.

natty
Returns your character to their last known naturally achieved shape, in case you abused shapeshifting a bit too much.

origins
Simillar to natty, but returns you to the shape your character had upon creation

dorf
Turns you into a cute little dwarf. Only then, you will see how animations really break.

target orcname
Will switch target character for most (that means not all of them) of the commands above, next time you type them in. Make sure you type their name with the exact upper/lower cases.

help
Lists all these commands right on the console

cls
Clears the text in the command console

Now onto other technical changes:
Fixed serialisation of dialogues
Profiles menu can now scroll up or down
Reworked slim shape
Improved teeth model (right now untextured)
More armpit hair
New sub surface scattering shader (experimental, causes some particle issues). Can be enabled under graphics settings
Moon aubergines for temporary longer (yes, even longer) dicks
Main menu can no longer be triggered while on character creation mode
Oriol can be dismissed from the bath house. No more awkward stares, as much as it suits him...
This time I didn't work overnight. Kind of. 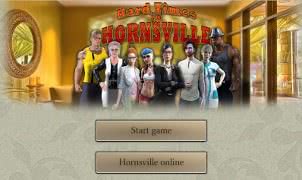 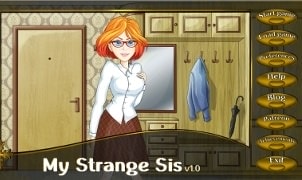 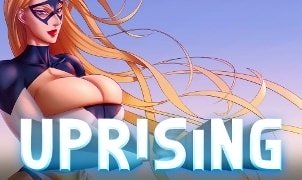