Starting stats: Mental primary, Social secondary
(this is mostly to enable the teacher's aid job ASAP but also increases your skill gains for training, both during class and also from getting tutored, also makes Mind Control more effective)
You can raise all of these at the institute so this choice only matters at the beginning. Raising them above 2 gets expensive fast which is why you want Mental if you want the Teacher's Aid job.
Perks: Sister, Well Endowed, Personality
(The well endowed perk you can start with is superior to the one you can get from polymorphism. The polymorphism version does not give you extra options during combat sex for example)
The stat boosts don't do anything that you couldn't get by going to class a few times so there's really no reason not to take both Sister and Well Endowed, you can't get them later. Personality is a good choice for 3rd pick because you get extra favor when socializing at lunch.

Initial goal (Max out Enhanced Senses immediately and get grades to 100 before the end of the month)
- you get 100 school influence for free every month that your grades are at 100, that's why you want to get them there before the end of the first month.
- study in your room on the first day twice (Globex isn't open)
- Monday go to school for 1 tutoring session and then skip the rest of the day so you can buy level 2 and 3 of Enhanced Senses at Globex (this raises your style which increases the amount of influence you get from jobs and gossip)
- Tuesday through Thursday pay for tutoring twice a day and study in your room at night, use your charm to get global influence from Mom and Sis whenever you can, money is secondary, pay for lunch so you have enough energy to study at night if needed (influence is the gossip option)
- Friday go to Persuasion class twice and have sis train you in Concentration (That's the small favor training option and you need 80 favor to do it. Concentration determines how much skill you gain from training, Persuasion determines how much of a bonus you get for training in a secondary skill)
- Shower in the morning even if you don't need the energy because you could catch sis in there, let her shower first and you get 10 favor with her for free (that will make training with her a lot easier)
(Your grades should be 93 at this point)
- Sat/Sun study in your room 3 times (3 for the whole weekend, not 3 each day) and siphon money/global influence from Mom/Sis
- Mon-Friday raise Persuasion to 2 by going to class, then work on raising everything else to 2.
(Your grades should be 100 now)
- Train with Sis at night when you can to raise Concentration, you will need level 4 Concentration soon.
- Continue to study in your room 3 times on the weekend and that will maintain your grades at 100 forever whether you go to class or not
- Pick the socialize option for lunch at school unless you really need the extra energy (free favor with random girls and doesn't cost you money)
- Once any girl gets to 60 favor make sure to get her phone number (it's the small favor option)
- If you're not using the Get Lucky mod you may want to do a few tutoring sessions in week 2 just to make sure you get to 100 grades before the end of the week. With Get Lucky just going to class will guarantee it. (You need a critical success when you go to class for it to count as a study action).
- Don't forget to use your xray vision to gain energy from the girls. Initially you can also use it to gain willpower from any girl that you don't have the right flaws to find attractive (Mom, Sis, Allie, and Ms Larson at first). The energy gained increases for each matching flaw and also with lower inhibition. So since Sis has the most matching flaws she'll give you a ton of energy.
- Demerits for jerking off in public can end your game so if your willpower is getting down in the 20-30 range, jerk off in your room if you have no other way to raise willpower.
- You can start doing the neighborhood watch at this point, but if you catch the thief, just call it in. If you fight you will lose at this point. If you lose then you can't do anything but sleep all day every day til your health recovers.
- Also if you do the neighborhood watch, most of the time you will oversleep unless you're using Get Lucky which means your day starts at daytime instead of morning. The Kobayashi Maru setting in Get Lucky will guarantee that you never oversleep, otherwise the neighborhood watch probably isn't worth it yet. Get Lucky also guarantees that the thief is always female, otherwise it's a guy half the time.
Warning about Tamara: When you decide to recruit her, do NOT have Freddy follow her. It leads to her being permanently unavailable to you. Just keep tutoring her until she joins you. You can have Freddy follow Derek, there are at least 2 ways to recruit him and you can't really mess it up. There are some caveats to this in the Final goal section below. I recommend just ignoring all 3 of them completely after tutoring them once each til you get to the Final Goal section.

Next goal (Get Flight, unlock Public Ops, Natural Physical 2)
- The reason you want Flight next is it raises your style by 3 which doubles your influence gain for everything and it's way cheaper than any other power. It's also the only combat power that matters. You also need it to reach many of the Public Ops. As an added bonus, resting, showering, etc gives you more energy at level 3 as well.
- First you want to complete all of the immediately achieveable school goals for the free influence
- Get the janitor job (Logistics Division is only open during school hours and until you get flight, Mom has to drive you so she has to be home)
- Tutor Freddy, Derek, and Tamara once each
- Have Ms Larson convert your school influence to a letter of recommendation to The Institute
- Now use your charm to siphon influence from mom and sis and work the janitor job til you have enough Global influence to get another letter of recommendation to The Institute
- Now get level 1 resistance from The Institute which gives you another 100 Institute Influence for free (it's the Discipline Protocol option)
- Go buy Flight level 1-3 and use your free Institute influence to unlock Public Ops
- Unless you don't want to fight the thief that you can find in the Neighborhood watch, now is the time to detour a little bit to boost your Natural Physical to 2 at the Institute. That is the minimum you'll need to reliably beat the thief with flight. It's the H.I.T. program (middle option).
- The thief seems to have a random strength even though they always look the same. At Natural Physical 2 you should always be able to win against the toughest thief, but it'll be close sometimes. Save your energy til the end and then spam the flight attacks to finish her off when she gets to 20 health. You get $50 and a bit over 50 Global Influence for winning the fight so it's pretty good income. You can also use it to recharge your energy so you start the day full.
- If you don't know what all the different social options do wait til you get one of the girls to 80 favor and just try them all. I'm not going to explain each one.
Next goal (Teacher's Aid job)
- go to Research class til you raise it to 3 if it's not there yet
- Work the Janitor job and continue to siphon Global influence from Mom and Sis til you have enough for the letter of recommendation for the Logistics Division. This gives you a quest for a level 2 job.
- Scrounge up another 500 Global influence and get the Teacher's Aid job (Don't convert it first, it's better to just use Global Influence directly when you can).
- Check back with the Logisitics Division periodically when you have a lot of Global or Logistics influence and upgrade your jobs (or get new ones). The Teacher's Aid job will give you free Logistics influence if you mind control her for it. Alternatively you can sex her up instead.
- You already have enough to upgrade the Teacher's Aid job once so do that right away.
- Gaining the extra rewards for the Teacher's Aid job requires Mind Control level 1 and a critical success when doing the job. Concentration makes this more likely and the Get Lucky mod guarantees it. She'll say something about telling Ms Larson what a good job you did. You'll see an option that says "I have a better idea". If you pick that it will mind control her. Then the next time you do the job you'll have options for extra rewards.

Next goal (Mind Control)
- you have officially reached the fun part
- work the Teacher's Aid job and do Public Ops til you have 200 Institute Influence
- buy resistance level 2
- Mind Control is expensive so save up enough School and/or Global Influence to get 2 letters of recommendation to Globex. (You need 100 Globex influence for each Mind Control discount and it also completes your letter of recommendation quest which gives a big favor boost with Ms Larson.)
- Mind Control level 1 hidden bonus: You only need to study in your room twice a week now to keep grades at 100 (You have 2 levels of Book Smarts now, but sometimes it doesn't show up in your stats).
- Focus all of your Initiative influence on raising your resistance level until you have enough for all of the powers (that's level 5 resistance). Once you finish reprograming the girls you'll be raking in the money so you want your resistance to be high enough to buy the powers. Otherwise you're just sitting on money you can't use. After Invasion - Version 0.75a 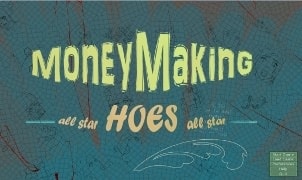